Menu
Log in
Register
Install the app
You are using an out of date browser. It may not display this or other websites correctly.
You should upgrade or use an alternative browser.

What Are You Paying For Gas??

What is everyone paying for gas and where you are? 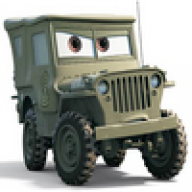 That bold part will really hurt everyone too.

Dave said:
That bold part will really hurt everyone too.

I don't believe it will go up that much. I think it will drop a bit after things settle a bit as it did in '08. Everyone's in a panic right now. It makes me angry, though. It's all the speculation that causes this. Someone farts in the middle east and crude goes up $5/barrel.


Needless to say, I've been driving my Subaru a lot more and my Yukon much less. Damnit. My Jeep's still full of $3.00/gallon fuel I bought at the end of December, but my engine swap project has been an ongoing battle, so I can't burn it. :winner_second_h4h:

^^Yeah, darn speculators like you said Nolan. I hope it does settle down soon and starts to go back down, but I am not holding my breath. Meantime I am driving the car more than the jeep.

Look what saw/read on Yahoo news this morning.

davbell22602 said:
Look what saw/read on Yahoo news this morning.

Yep crap is right. Gas is really gonna go up now. I heard Iraq was one of the U.S. biggest suppliers also.

You can go to "GasBuddy.com" and set it for your area and track your local gas prices. They also have gas prices around the country if you are taking a trip or something.

Yeah, that's actually the "GasBuddy" section of the website for the "Austin" Texas area.

$3.99 for regular unleaded in Upstate NY. 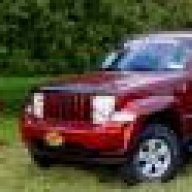 Mostrobiscotti said:
ok to revive this thread,, Upstate Ny were up to the 3.95- 4.05 price , so dave your experts were correct
Click to expand...