Menu
Log in
Register
Install the app
You are using an out of date browser. It may not display this or other websites correctly.
You should upgrade or use an alternative browser.

The evolution of my YJ over ten years!! (Lots of pics)

September marks the ten year anniversary of the purchase of my '88 Olympic Edition YJ. Its look has changed a lot since I bought it my senior year of high school.

When I bought it, the previous owners had installed nearly every chrome doodad imaginable, along with cheesy steel wheels and extremely wide Bushwhacker flares. They even had them painted to match the body. Apparently, the original owners were folks who towed it behind a motorhome.

Christmas, 2004: By this time I'd traded in cheesy rims for a set of TJ alloys. Got rid of a lot of the chrome stuff, sold the Bushwacker flares to install factory black flares. Installed BFG Mud Terrains. 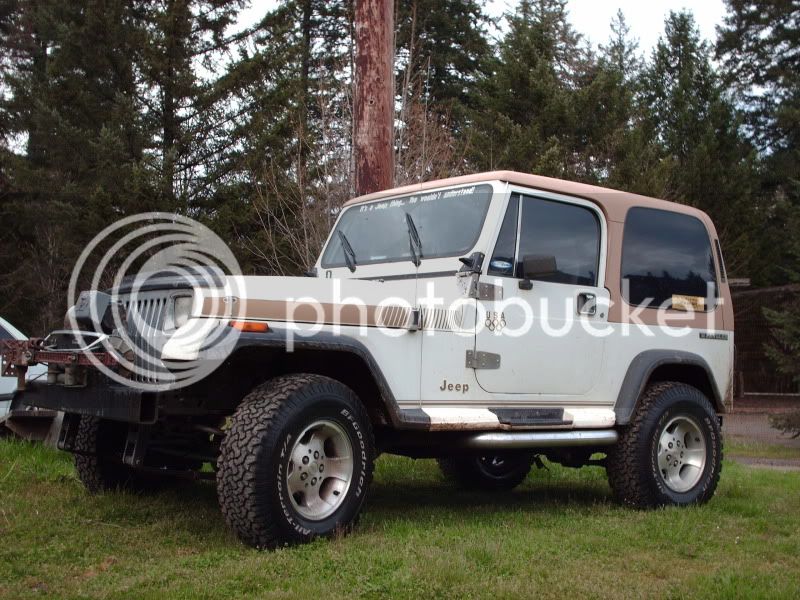 It looks good and to think you've had it for that long!! I had my '99 TJ for nine years before selling it for my '08 JK.

It was in great condition, looks-wise until I had to park it outdoors for 4 years. It deteriorated more than I'd like to admit. The paint's looking a bit dull and the decals are peeling in places. Also, there's a little rust here and there.

It still looks good(last two photos are recent), but it drives me crazy thinking about how I should get the dings repaired and get it painted...not to mention all the mechanical and electrical stuff like non-functioning gauges, speedo, and grimy, leaky 258.

Fortunately, she's been garage stored for the last year and I've been trying to fix little things when I can. 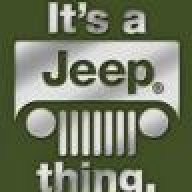 nice. i was hoping you would get rid of those cheezy rims when i first pulled this thread up hahaha

I always love these types of pics. From when you got it to now. 10 years of change. I still looks new.

'its a jeep thing, you wouldn't understand' :lol: 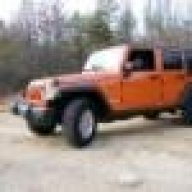 How many miles were on it when ya got it, and how many are on it now? Nice to see ya still have it all these years and its in good shape.